How Can We Help You With Your PCSOPEP? 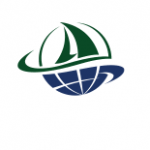 An oil spill is a release of a liquid petroleum hydrocarbon into the environment due to human activity, and is a form of pollution. To know more about what is oil pollution.

Oil pollution have affected many people and many industries. They affect both the economy and the environment. Some of the things affected are:

Oil is an important source of energy worldwide. However, oil is not found at every corner of the world, and hence the need to transport it across oceans by ships and across lands by pipelines. This results in oil pollution accidents of oil vessels, leakage from pipelines. It is estimated that one ton of oil is spilled for every million tons of oil transported and are oil pollution causes in panama canal zone.

Drilling for oil causes small quantities of oil spills which spread to form deadly oil slicks. As oil has a lower density as compared to water, oil floats on top of water and is washed ashore and are oil pollution causes in panama canal zone.

Industrial waste produced in the process is also harmful to our health.

How to stop oil pollution?

Oil pollution can be stopped in 3 ways:

Make an example of companies/countries:

Show outrage at companies who do dangerous things to save money so that when accidents happen, they will be forced to reassess their policies for financial and business reasons. Such ways of showing outrage could include:

If you notice any safety violations that occur when people are drilling/transporting oil, report it to your supervisors and authorities if need be. Make your concerns heard.

Encourage drilling by nations which have good safety records and many safety standards. The safety standards in many developing or third-world countries are often trumped by the desire for quick profits. If a nation has an oil accident, try to make an example of that country by punishing them economically, eg. don’t buy goods from them until they clean up their safety standards. This will encourage these nations to force safety standards upon the corporations willing to drill.

If oil demand is reduced, prices for oil will go down. This makes it less profitable for new oil wells to be drilled, so there will be less drilling, less spilling. There are many ways to reduce oil demand; see related questions for more answers.

What is the PCSOPEP implementation date?

Applicable to which what type and size of vessels?

All vessels arriving in Panama Canal waters with carrying capacity of 400 MT or more of oil as cargo and/or fuel.

Who can prepare the PCSOPEP?

It may be developed by any organization or individual experienced in pollution prevention and response that comply with the following requirements:

a. Provide proof that the organization or individual has experience in the development of plans for marine oil or dangerous substance spills.

b. Provide a list of plans for marine oil or dangerous substance spills developed by the organization or individual

c. Provide training profile or proof of knowledge and skills in this type of work.

The ACP may, at any time, request written proof of these requirements to plan developers or to the vessel’s owners or operator holding a PCSOPEP.

Yes. We have, over the past several years, developed SOPEPs for several major Cruise, Tanker and Cargo vessel operators.

Should the PCSOPEP be a stand alone plan or can it be part of the SOPEP?

With proper cross-references, an existing SOPEP or SMPEP may be used as a basis forthe preparation of the PCSOPEP. However, neither the SOPEP nor the SMPEP alone can substitute the PCSOPEP.

How many days before transit should the PCSOPEP be submitted to ACP?

The PCSOPEPs are to be submitted to ACP at least 96 hours prior to the scheduled transit of the vessel for their review and verification. However, we suggest that this be done at the earliest to avoid rush as you near the deadline.

What is the requirement for AP?

In the PCSOPEP, each vessel shall identify the Authorized Person (AP). The AP shall be domiciled in The Republic of Panama and serving as liaison between vessel and ACP. He shall be fluent in either English or Spanish and should have general knowledge and skills or experience in the Incident Management System and emergency preparedness.

What is the requirement for OSRO?

ACP has taken over the sole responsibility of Oil Spill Removal Organizations(s) (OSRO). ACP is the only approved OSRO.

What is the approval period?

The vessel will be issued with a “Notice of Acknowledgement” which would be valid for two years from the date of issue. During this period only training and drill records are to be shown to the ACP boarding authorities. A significant change in the response structure or procedures, or a change in AP, would require new verification.

What if the PCSOPEP does not meet the verification requirements?

When information contained in the PCSOPEP is inconsistent with requirements, the vessel’s owner will be notified with a list of recommendations to improve the plan. The owner will be given a conditional Letter of Review and a grace period, not to exceed six months, to make the necessary changes in the plan.

We can help your Company to prepare this PCSOPEP Plan and also represent your office as an Authorized Person on Panama as PCA’s requirements demands.